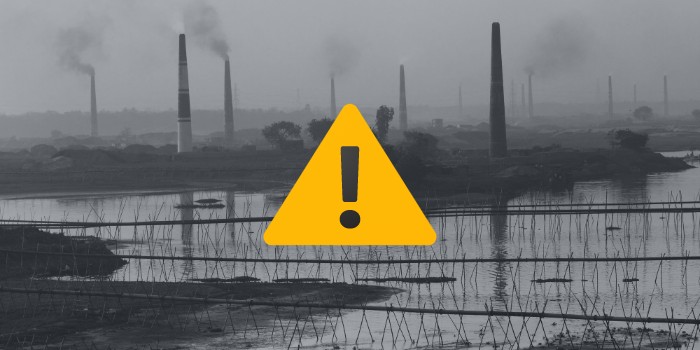 Have you ever wondered what the effects of water pollution on the environment really are?

Have you heard the environmental impacts of water pollution being tossed around in conversation without a lot of detail?

Do you want to learn more and maybe even get involved fighting back against the environmental effects of water pollution?

In this article, you’ll learn about the effects of water pollution on ecosystems, from animals to plants to the air, and how that can harm humans as well. You’ll discover thirteen different ways water contamination is leading to the environmental pollution of water in places around the world, and you’ll find out just what this means too.

By the time you’ve finished reading this article, you’ll be able to see the chain reaction of water pollution from start to finish. You’ll see how the effects of surface water pollution and groundwater pollution start with humans and quickly damage the fish, birds, and animals that rely on sources of clean water in nature.

From there, you’ll see how plants and even the soil can be damaged, and how pollution moves into the atmosphere before affecting humans once again. If you’re ready to learn, read on to find out everything you need to know about water pollution and its effects on the environment.

JUMP TO A SECTION:

Did you know that mercury buildup in water supplies is a very real problem? Many different types of industrial sites produce mercury as a byproduct while they are in operation. When this happens, the mercury can easily run into groundwater and even surface water without being detected. Mercury poisoning can be very dangerous to children and the elderly, and it may be incredibly problematic for women who are pregnant. It can lead to central nervous system damage and even failure, as well as birth defects in unborn children. Mercury in water can be reduced if industries are held to higher standards of environmentally-safe practices and better work to ensure they prevent runoff.

Toxic runoff has a lot of different causes, and unfortunately, it has a lot of different effects as well. Both industrial waste and waste from dumping (illegally or in landfills) can lead to a toxic runoff in huge amounts. When toxic chemicals are present in an industrial site or landfill, it only takes one heavy rain to start washing those chemicals away from the site and into the groundwater nearby. If there are creeks, ponds, lakes or rivers nearby, they may also be affected, especially if the contamination continues over a long period of time. Effects of toxic runoff on humans range from stomach upset to parasites and bacteria, and this may even cause cancer in some places. Toxic runoff can be prevented if landfills and industries are both more careful about practicing environmental safety when it comes to protecting the groundwater nearby.

It’s no secret that oil spills are a frequent cause of water contamination and pollution. You’ve probably heard a lot about the damage that takes place in the ocean when massive oil freighters or drills fail and leave spills in the water, but did you know that smaller-scale oil spills happen much more frequently in freshwater sources around the country? Anytime oil and gas are stored or transported, the potential for oil spills increases significantly. One accident could leave a truck overturned and leaking into a wetland, and this is unfortunately not all that uncommon. Oil spills can be remedied by turning to cleaner and safer sources of fuel, and they can be cut back on by using safer modes of storage and transportation.

Algae is an important part of any water ecosystem. However, when algae growth gets out of control, problems very quickly arise. If you’ve ever had a fish tank at home, you’ve possibly seen the effects of algae overgrowth, and you might have added a few “algae eaters” to your tank to combat the problem. While these creatures also exist in nature, sometimes the algae growth gets too out of control for nature to be able to fix. This is often caused by nutrients in the water becoming too prevalent and upsetting the balance of the ecosystem. For example, when water is treated too heavily with fluoride, this nutrient overload can quickly lead to algae taking over. Treating water with other chemicals is a good way to reduce the risk of algae, but it can quickly come back to be a problem all over again if water treatment isn’t very carefully maintained over time.

Acid rain refers to a couple of different situations that both result in the same outcome. One of these situations involves very highly polluted water. When water is seriously polluted, it slowly evaporates into the atmosphere and leads to chemicals being picked up in the rain and dropped again elsewhere. However, the same thing can happen when the air is heavily polluted, especially in large cities or near sources of nuclear power. In these places, chemicals are drawn up into the atmosphere and carried, sometimes for miles, before being released once again as rain. Whichever way it happens, acid rain can cause damage to humans, property, and the environment.

One of the biggest ways in which water pollution damages the environment is by contributing to the spread of infectious disease. This is one of the many outcomes of sewage water pollution and its environmental effects. Contaminated water quickly becomes a breeding ground for bacteria, parasites, and more that lead to disease almost immediately. This type of contamination can come from just about any source of water pollution, and it is one of the most common ways in which pollution affects humans in the United States as well as around the world. Up to seven million people in the United States alone get sick from drinking polluted water every year, and these illnesses can range from digestive disorders to cancer and more.

Pesticides are used frequently in agricultural practices, as well as in residential communities. These pesticides are used with the good intention of keeping crops safe from harmful insects and other creatures that might cause them to fail. However, they are also very strong chemicals that quickly wash into groundwater and surface water, leading to serious pollution effects. When humans drink water polluted with pesticides, it can lead to cancer as well as developmental issues in children. It may also cause kidney and liver damage over time. This can be avoided by turning to environmentally-friendly ways to fight pests, such as using natural predators to keep them at bay.

While it’s true that most types of garbage dumped in and around water eventually lead to toxic runoff, there are other, more direct ways that trash in water sources can lead to damage to the environment. When large pieces of debris are present, especially in the ocean, the safety and health of the animals that live there are endangered. Many ocean creatures may swallow pieces of garbage and die from internal damage. If they don’t die, they may carry the garbage in their bodies for a long time, and if they happen to be fish caught for human consumption, this could affect humans as well.

Did you know that temperature can even be a type of pollution? In places where factories are present, industrial operations often lead to an increase in water temperatures in surrounding sources of freshwater. This may be imperceptible to humans, especially if it takes place slowly over a long period of time, but it can cause serious problems for animals and plants.

As in the case of industries, mining can easily lead to toxic runoff that pollutes groundwater and surface water. However, the results are slightly different. When mining pollutes water, it usually causes the acidity in the water to rise, which can lead to a complete upset in an ecosystem. If humans drink this water, they may become very sick, depending on how acidic the water has grown. Safer and more environmentally-conscious mining practices must be instated in order to avoid this type of pollution.

Areas where nuclear power plants are present may experience radioactivity pollution in their water sources. It may sound terrifying to imagine drinking water that is radioactive, but unfortunately, many people do this every day without realizing it. Drinking radioactive water can lead to many types of cancer, and it can lead to serious birth defects in unborn children as well. These genetic issues may be passed on to future generations, especially if the area remains contaminated by waste from these plants.

Inorganic chemicals are any chemicals that don’t naturally occur in water sources. They may be put there by dumping, factory processes, agricultural use, or any number of other causes not previously listed. Depending on the type of pollutant present, there may be dire consequences for humans, including nerve damage and poisoning of the nervous system. These pollutants may include ammonia, cyanide, and hydrogen sulfide, among others.

Organic minerals are present in nature in small amounts but may contaminate water supplies when human intervention exposes them more frequently to sources of water. Depending on the type of mineral present in water, it may lead to poisoning in humans, as well as to respiratory and circulatory dysfunction, birth defects, cancer, and nervous system damage. These pollutants may include arsenic, lead, iron, and more.

Now that you’ve read through this article, you can see the ecological effects of water pollution are vast and many. You’ve been able to learn about the effects of industrial water pollution as well as many other types of pollution that lead to disease, illness, injury and more in humans, animals, plants, and even in the atmosphere. You’ve explored thirteen of the most common ways in which water pollution leaves its mark on the environment, and you should be better informed about the matter in terms of how it affects you and the world around you. So what can you do about it now? If you’re so inclined, you might want to take some steps to be sure that water pollution never gets this bad where you live. Contact your city or county water treatment facility to find out about pollutants in your water supply, and reach out to factories, farms, and more in your area to encourage them to use more environmentally-friendly practices. Dirty water can cause a lot of problems, but clean water doesn’t have to be a dream when you take steps toward improving the quality of water where you live.