Ever wondered if drinking saltwater or ocean water is bad for humans and our health?

Have you ever considered the safety of drinking ocean salt water every day instead of regular water?

Others may vouch for a salt water flush (drinking ocean salt water as a cleanser) but is this practice based on myth or science facts?

Drinking ocean salt water or seawater is never a good idea, no matter how tempting.

Have you ever been to the beach? You’re swimming around in the ocean, minding your own business and somehow you manage to swallow some water. Aside from the taste of seawater you think no big deal right? But shortly after, an upset stomach is what you’ve got. If you’ve ingested a significant quantity of salt water or seawater, that might be a problem.

Some fads have emerged that encourage people to drink small amounts of salt water daily to effect a sort of system purge. This is called a salt water flush.

A salt water or seawater flush isn’t necessarily harmful, so long as the amount remains small, and is balanced out with freshwater. The negative side effects of drinking saltwater or seawater happen when someone is forced to drink salt water consistently as their only source of water.

When Drinking Salt Water May Be The *ONLY* Option

You may be thinking that there wouldn’t be a situation where you need to drink salt water or ocean water exclusively. What would be the most common ways that salt water could become a viable water source?

In developing countries, freshwater sources in rural areas can be scarce. The travel time to a source may be as much as half a day if one has to walk to the source. If there is a coastal source nearby, and people aren’t educated to the dangers of drinking or consuming large quantities of salt water, it becomes an option. 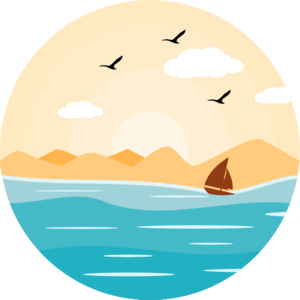 As much as it seems water is simply water, it really is not. Because of the how salt water or seawater becomes a part of the ocean, it also has additional minerals and a higher salinity level that our bodies can’t easily tolerate. In areas of high ground pollution there is a higher acidity level because of runoff. But the biggest problem is the salt levels it contains, so let’s examine what happens when you drink salt water or ocean water.

How does drinking saltwater affect the body?

You might drink salt water because you’re thirsty and worried about getting dehydrated. What you’ve done is counterproductive though, because you’ll end up losing more water volume than you’re taking in. Through the process of osmosis, our body expels the salt from the water. So no matter how much sea salt water we consume to "quench" our thirst, our bodies will also take in all the salt that comes with it.

The kidneys can only process liquids in our body, solid matter is handled somewhere else by another system. But here’s the kicker, kidneys can only create urine from liquids that are less than 2% salt, or less salty than the water being ingested. Salt water or ocean salt water is usually at least 3.5% salt. 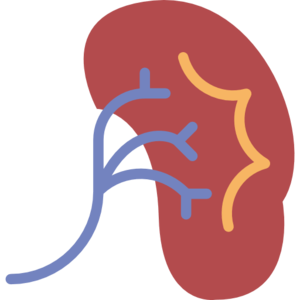 Our kidneys can't process salt water or seawater without taking liquid from other parts of the body to try and lower the blood's salt volume, so that it can get rid of it. What happens if you drink ocean water or salt water, is that your body will expel half more water than it’s taking in because it’s trying to lower the salt content in your blood.

The kidneys aren’t the only thing that gets affected by the inability to process this higher salt content found in salt water or seawater. Other organs in humans can also be affected.

Why Drinking Saltwater is *DANGEROUS*

Remember what we talked before? How other systems in the body are also affected by an overabundance of salt or salt water and the inability to remove it? Ok, this is where we discuss how these systems are affected, their reactions and how those will affect you.

Have you ever been out with friends and against your better judgement had maybe a little too much wine? You might feel somewhat off your game, your reactions become slower and your thought process a bit muddled. You’ve become intoxicated. Early signs of salt or salt water poisoning will look the same, because you have in fact become intoxicated.

Salt poisoning can have anything from very mild symptoms such as jitteriness, lethargy and confusion. To more complex and deadly reactions such as dehydration that can then lead to a whole host of issues including a spike in blood pressure, seizure and coma. Let’s talk a bit about how these happen.

The jitters may not seem like a terrible reaction to have, merely a bit uncomfortable. But keep in mind that along with with jitters comes

While those milder symptoms can sound anywhere from annoying to scary, if left untended they lead to much more severe, life threatening complications such as fluid build-up on the brain and in the lungs, seizures and coma, all of which can eventually lead to death.

The path to death from salt poisoning is a domino effect, but can happen in a number of ways that begin with damage to brain cells caused by bleeding around or in the brain. They do not always lead to death, but it’s important to catch them as early as possible, once you’ve had a seizure it becomes more difficult to turn back the clock. Minute brain damage happens with every seizure.

The Central Nervous System (CNS) body regulates our body by sending messages via electric currents along our synapses to connecting neurons. You can think of neurons as two islands connected by a bridge, to get something from one side to the next, you have to cross the bridge.

When a seizure happens, it’s caused by abnormal electrical activity.

If you’ve ingested only a small amount of salt water or seawater, from say swimming in the ocean or something equally innocuous, there are things that you can do on your own that could reduce or reverse the effects, but there are things to keep in mind while doing so. 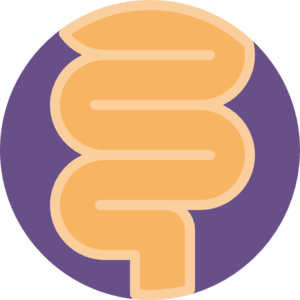 If freshwater isn’t available, but will be shortly, attempting to purge the salt water or ocean water is a good start. If you’ve had too much to purge effectively, and no freshwater is on hand, electrolyte rich alternatives such as coconuts are a good alternative. However, you should see a physician quickly after to assure that an imbalance hasn’t occurred.

If someone has already started to exhibit some of the more severe symptoms of salt or salt water poisoning, it’s imperative to get them to a physician, hospital or para-medical personnel as quickly as possible.

Joseph Bartley, also known as the WaterFilterFanatic, is a seasoned content writer who specializes in water filtration and water quality topics. On AllAboutWaterFilters, he has written a range of water filtration system reviews, water health and quality articles, swimming pool, hot tub and aquarium filtration guides, DIY methods to assist people clean their drinking water, and much more. Joseph enjoys spending his time working with the #AllAboutWaterFilters Editorial Team to provide some of the best quality water filtration content available on the web.