Are you worried about the potential problems of groundwater and surface water pollution where you live?

Do you find yourself often wondering which types of pollution you might be facing in your own home?

Are you concerned about which type may be worse for you?

In this article, you’ll find out about both ground and surface water pollution, and you’ll also learn how to tell if these issues are a problem in your neighborhood. You’ll discover how to tell the difference between both types of pollution, and you’ll even find out what’s being done to combat both groundwater and surface water pollution in the United States.

Understanding the differences between these two types of pollution is the first step toward figuring out which one is the bigger problem where you live. Once you’ve learned that, you’ll be better able to reach out and make a difference no matter where you are.

Read on to start learning.

Groundwater is, more or less, what it sounds like: water that can be found underground. This water might not be visible under normal circumstances, but it is vastly important to all of us, whether we realize it or not.

70% of the planet is covered in water, which might sound like an awful lot. You might even have a hard time believing there’s any sort of water shortage anywhere in the world with numbers like that! However, only 1% of this water is available for human consumption. Almost all of the water on the surface of the planet is saltwater, which of course isn’t very good for drinking. Of the 1% of fresh water available on Earth, 99% of that water can be found underground. So, in other words, only 1% of freshwater, which is only 1% of the water on the planet, is found in surface water. Sounds complicated, right?

Basically, this means we all rely on groundwater almost all the time for our drinking, cooking, washing, and day to day activities. Almost all water that goes through water treatment facilities to get cleaned up for use in homes, businesses, and stores around the world comes from groundwater, not surface water. It stands to reason, then, that groundwater pollution is definitely something we all need to be concerned with.

How does Groundwater Work?

Groundwater works on the basis of the hydrologic cycle, which is a natural process that is a deeply important part of the Earth’s functioning. Without this cycle, we wouldn’t have weather, climate, or anything else we take for granted about this planet. We certainly wouldn’t have fresh drinking water, either, so when discussing pollution issues, it’s important to understand this process in order to have a firm grasp on just how important groundwater really is. Here is a brief rundown of the cycle:

As you can see, without groundwater to refill our surface water, we’d have no hydrologic system at all. This is the same cycle that’s been going on for millions of years, and it will continue as long as there is water on the planet’s surface.

There are a few different ways we access groundwater, depending on what we need it for. Each way we do this is usually achieved by digging, drilling, or boring into the surface of the Earth until the water table below has been sufficiently reached. From there, a more permanent fixture is usually build to help pull up water out of the ground where it is stored naturally. 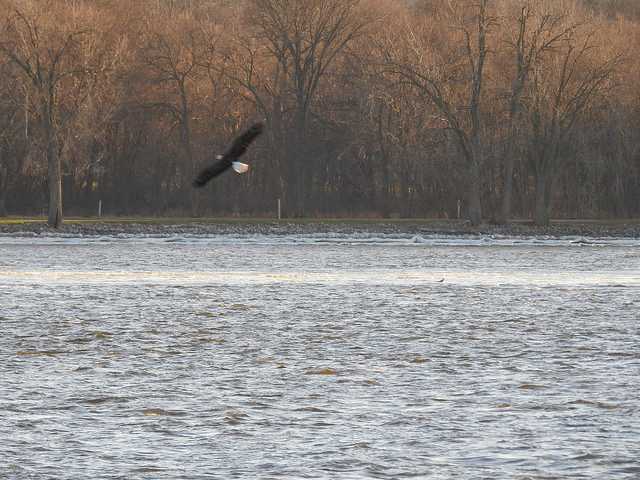 Wells are the most common method of groundwater access. Although there are many types of wells that differ slightly based on the individual needs of that particular location, there are three basic varieties of wells that are used regularly around the world. They include the following:

Wells should never be dug by anyone who is not a professional. Only professional well installers know exactly how to work with the water table and aquifers in a given area in order to keep from disturbing or contaminating the surrounding groundwater. Although it’s illegal in many places to dig your own well in the United States, people still do it, and this is an unfortunate contributor to water quality issues throughout rural parts of the country.

What are the Common Pollutants of Groundwater?

Groundwater pollutants and contaminants come in many shapes and sizes. However, there are a few that remain the most common potential problems when it comes to this particular type of water pollution.

What are the Common Sources of Groundwater Pollution?

With so many different pollutants that might cause problems for groundwater, it’s a good idea to understand just where these problem substances come from. Many different industries and locations contribute to groundwater pollution, but some are much more commonly a problem than others. 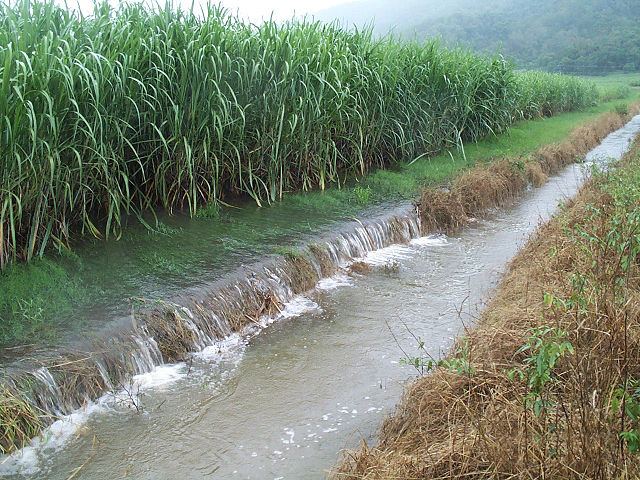 Who is Most Affected by Groundwater Pollution?

Even though groundwater is such an important part of all of our lives, there are some places where groundwater pollution is more of a serious threat than others. If you live in a place like this, take extra precautions when using the water that comes out of your tap. Regularly check it for strange tastes, odors, or appearances, and if you have any reason to be concerned, send your water off for regular quality testing as well.

How is Groundwater Pollution Addressed?

There are many different things you can do in your own home to help cut back on groundwater contamination in your neighborhood. Although there is some legislation in the works to help protect groundwater sources, one of the most important ways this pollution is being addressed is by educating the public on safer water practices. Keep the following tips in mind to help improve the quality of groundwater where you live.

What is Surface Water?

Surface water is, basically, the opposite of groundwater. Any water you can see on the surface of the planet without digging is surface water. This can include rivers, lakes, ponds, streams, and the oceans. However, in this article, we’ll mostly be focusing on fresh surface water, since marine water pollution is a separate topic with different issues involved. 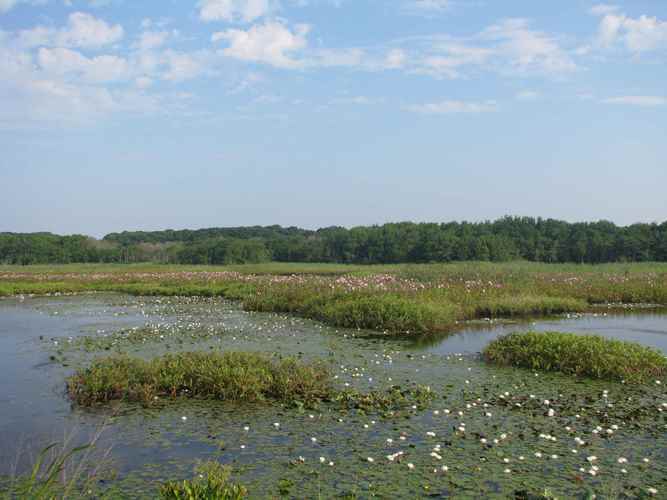 Surface water is an important part of the hydrologic cycle, just like groundwater is. Without surface water, there’d be nothing to evaporate into the atmosphere to form clouds. We’d have no weather and no rain. There would be no way to recharge the groundwater all over the planet, so we’d quickly run out of drinking water. Although we don’t directly use surface water for drinking in most instances, it still plays a vital role in the wellbeing of our planet and in our day to day lives.

Surface water is also the water we use for recreation. Many people like to visit lakes and rivers for swimming, boating, and catching fish. Camping trips wouldn’t be much fun without surface water, but unfortunately, they’re already under attack by more and more heavily polluted rivers and streams throughout the country.

What are the Common Pollutants of Surface Water?

While some of the common surface water pollutants may be similar to those you’d find in groundwater, others are quite different. Below, you’ll find out about the most common pollutants you can expect to encounter in surface water. Remember, though, that there are many others not listed here that simply aren’t as commonly found.

What are the Common Sources of Surface Water Pollution?

Who is Most Affected by Surface Water Pollution? 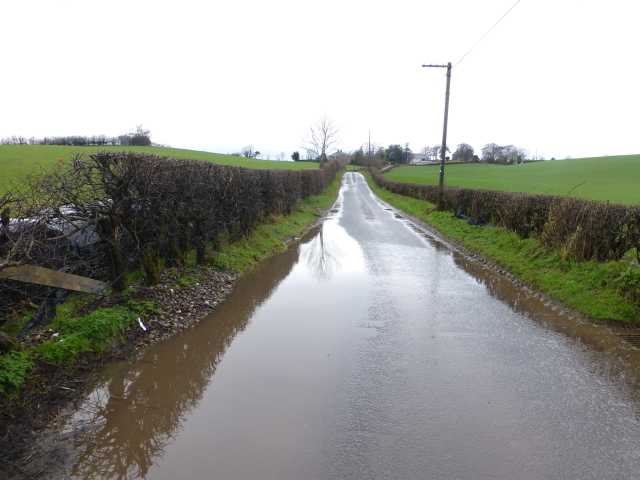 How is Surface Water Pollution Addressed?

In the United States, the Clean Water Act focuses significantly on cleaning up and protecting surface water sources across the country. This Act makes it illegal to dump harmful contaminants and toxic chemicals into the surface water, and it allows for some enforcement of these rules as well. Unfortunately, a lot of factories and companies still don’t follow the law very strictly, and this is something that needs to change.

So, have you learned a lot about surface and groundwater pollution? Are you able to tell the difference between the two now? Can you recognize them taking place when you see them? Now that you’ve read through this article, you should be better able to notice water pollution and determine which type it is. From there, it’s only natural that you will want to start making changes in your own life to help fight back against these issues.

Whether you’re dealing with surface water or groundwater pollution where you live, there are ways you can help. The first step toward cleaning up both types of water is to start using healthier water practices in your home. If you have surface water issues in your area, use less water and help conserve the remaining surface sources. If your pollution problem is coming from groundwater, try not to use as many harsh chemicals and cleaners in your home, and never pour these substances into your yard or down your drain.

Both types of water pollution are very bad, and determining which is worse for you can be difficult. Different parts of the world have different pollution issues, but remember that water pollution is a problem that we all face in some way. The more we work together to clean up our water sources, the better off we’ll all be.