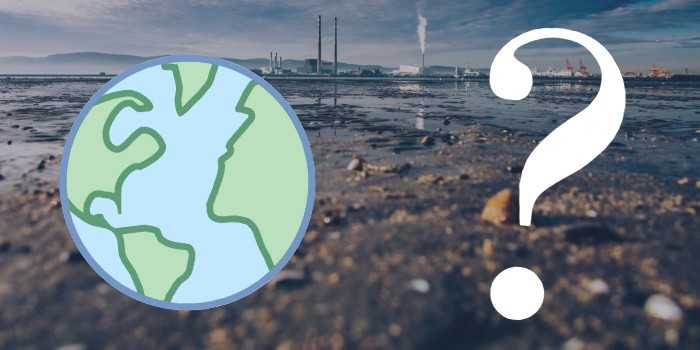 Are you worried about what you’re putting in your body every day?

Do you pay close attention to things like sustainable foods and healthy ingredients?

Did you know that the water you drink might be doing more harm than anything else in your life?

Water pollution is a huge problem for everyone in the world. Some places see much more significant pollution problems than others, but water everywhere is being affected by a water pollution global issue that we should all be paying attention to. In this article, you’ll get a crash course in water pollution around the world. You’ll find out all about the seven most heavily polluted countries as well as what if anything they’re doing to try to make a difference. Now, if you’re ready to get started, it’s time to learn about water pollution in the world today and how it might be affecting you.

Water Pollution in the World Today

It’s no secret that water pollution is a big issue. Everyone around the world has to deal with it in some way, at some point in their lives, but many places are worse than others about it. The types of water pollution that face developed countries are different from those that plague developing countries, and it’s important to understand the distinctions between the two before you read any further. Below are a couple of lists to help you get started. In developed countries, water pollution has a handful of sources that are generally the same across the board.

As you can see, there are some differences between the two types of countries, but when it comes to water pollution, we all have to face it sometime. In the next section, you’ll find out more specifics about water pollution in some of the biggest culprits around the world.

So where is water pollution happening in the world? No matter where you live, remember that we are all affected by water pollution in our locality in any country. Some countries, however, are worse about this type of pollution than others, so depending on where you live, you might have a very significant problem to worry about. In this section, you’ll learn about the seven worst culprits in terms of water pollution. You’ll be introduced to a few surprising Facts about each one, and you’ll find out about some of the biggest incidents of water pollution in these places as well. If anything is being done on a national scale to cut back on pollution, that will be listed here too. Read on to learn more.

Are you surprised at the significant amount of water pollution taking place all over the world? You might feel a little shocked after reading some of this information, but remember that all is not lost. Although it does feel as though things are going to get pretty dire if we all continue down the same path into the future, most countries are starting to make more environmentally friendly shifts toward healthier and more sustainable practices and regulations that will keep freshwater sources clean and safe in the future. Although it might take some time to see significant positive changes from these movements, bear in mind that they do exist and they’re making progress every day. If you live in a place where you feel like the water pollution situation isn’t getting enough attention, however, don’t forget that there’s always something you can do to make a difference. Be brave and speak out to people in positions of power in your country, city, county, or state, and let your voice be heard. Talk to your friends, family, and neighbors, and consider starting a petition or some other documentation you can use to show your local government just how serious you and the people around you are about clean water. If all else fails, get out there and clean up the water yourself. Although you won’t be able to do anything like providing a dedicated chemical water treatment facility, you can help cut back on the amount of waste and debris that ends up in rivers across the world every year. Organize cleanup groups or volunteer with a local nonprofit organization to help improve the quality of freshwater sources where you live. There’s always something you can do to get involved. Don’t be afraid to reach out and find the right way you can help solve the problem of water pollution no matter where you live.