Water.org says that more than 840,000 people die every year because of water-related diseases. Others died because of dehydration. Freshwater makes up only 2.5 percent of all water on Earth. Sadly, only 1 percent is accessible to replenish a number of 6.8 billion people. With this number, 750 million people are lacking from clean water resources. Authorities and some concerned citizens created many ways to help lessen the alarming numbers through water filtration.

Water Should Always be in the News

Sharing videos on the Internet has been so easy and perhaps become a hobby of almost all web users around the globe. With just one click, one could be viral in an instant. But not all videos connect with the viewers, while some have the guts for fame, others just don’t.

We will be talking about water filter videos and news that went viral over the years. Some delighted us, while some make us cringe. Now, we bring to you the top ten craziest of them all: 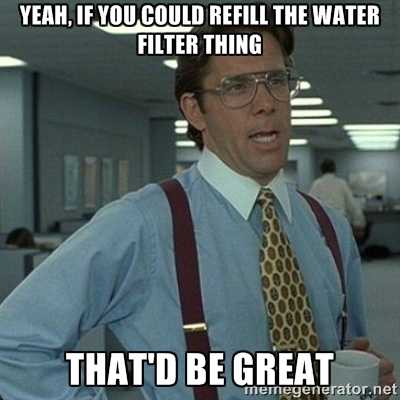 It seems cool for 52-year-old Paul Herb to urinate into a drinking water filter instead of heading to some nearby comfort room. This could cause him trouble or could lead to water infection. According to the police statement from an article on The Morning Call, a chief water operator went to Indian Run Water Treatment Plant morning of April 20, 2014 to fix faulty valves with Herb. To his surprise, he caught Herb urinating into the filter unit # 2 of the water system.

The accused was an employee of the Schuylkill County Municipal Authority and lives at Mar Lin, Schuylkill County, Pennsylvania. As a result, Herb was barred from any water facility in the country and faced civil responsibilities. Luckily, the water test conducted showed that there were no public health risks upon drinking it.

You can watch the full video report here.

The 2014 Google Science Fair brought opportunities for young minds to create new inventions susceptible for future good. One of the finalists who joined the competition is Cynthia Sin Nga Lam, a 17 year-old girl from Australia, whose work centered on electricity. She invented a water purification system that couples as a power source.

READ MORE: Ways To Filter Drinking Water Without The Comforts of The Modern Home

This girl had her device named Portable Photocatalytic Electricity Generation and Water Purification Unit (H2PRO), which turns undrinkable liquid into clean water, while producing power simultaneously. She further explained that the more organic contaminants present in the water, the higher reaction will be produced to generate electric current.

Sounds interesting, right? This can be the long-awaited solution forthose people in areas where scarcity of primary resources is their utmost priority like limited clean water, as well as limited electric supply. Click here for the full review of H2PRO features. 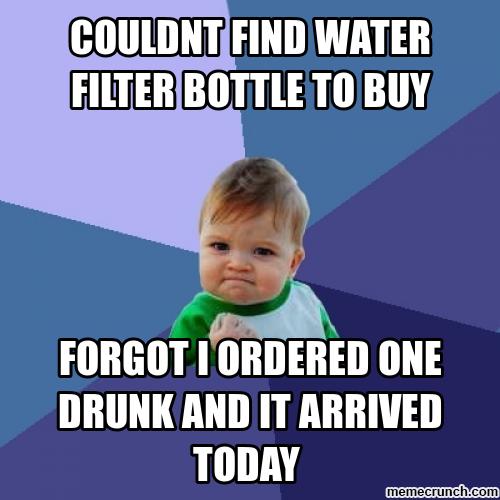 Filtered water is so expensive to be used for a bath every day. But for Kim Kardashian, it’s only a part of taking parenting into a whole new level. HollywoodLife.com unleashed the controversial “royal” life of North West, the 20-month-old baby girl of Kim and Kanye West. It was reported that Kim doesn’t allow her daughter to be touched or bathed with regular water. She must always be bathed with warm bottled water. Kim further said that she is just protecting her baby’s skin and making sure that only the best goes for her child, Nori. See how Kim cares for her little queen on this video.

4. A Book Whose Pages Double as Water Filters

Cheers to “The Drinkable Book”! Through the efforts of social creativity agency DDB New York, charity campaigners WATERisLIFE, and some other organizations, another serious danger in drinking water was put to a stop. Every year, millions of people die because of poor water sanitation and improper water hygiene.

This book has a double function; one is to inform by teaching safety water tips and the other is to filter by purifying unclean water. Featured on PSFK, the book gives out data on risks of drinking unsafe water with diseases like cholera, E. coli and such. The next part is when the trick comes out. Made by a chemist Dr. Theresa Dankovich, the book also has a beneficial filter tool with silver nanoparticles. This was designed on each sheet of paper to kill unwanted water-borne diseases. The book works just fine with easy to follow directions. 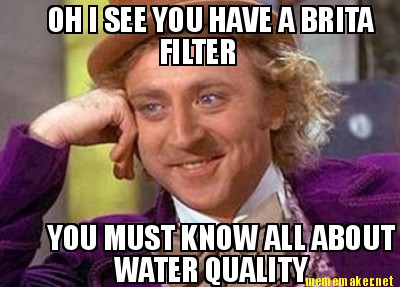 Frederick Janson, a three-degree holder and professor has just proved to the world what he can do with his Aquapura 3D printed purifier. This new invention works by separating water from salt through a heating process. With salt water as the biggest form of water in Earth, Janson wanted to make use of this resource by turning it into drinkable water to end the long-term fresh water deficiency.

But Aquapura device still needs a lot of work. For Janson, the lack of financial assistance to fund this large-scale project for communities’ first-ever saltwater filterer is his biggest hurdle to overcome. Hopefully, he would get this job done. Get more details and watch the video now on how this device actually works.

A portable and lightweight water filter is essential for anyone especially in today’s polluted world. But this man tested for himself what a water filter can do. He used a Life Straw brand product and went out to drink from some dirty looking toilet bowl in the city. The act was just a test for some advertising purposes. Watch the viral video here. If you like to see more instructional videos on how Life Straw works, here the The Sensible Prepper Channel to watch out for. 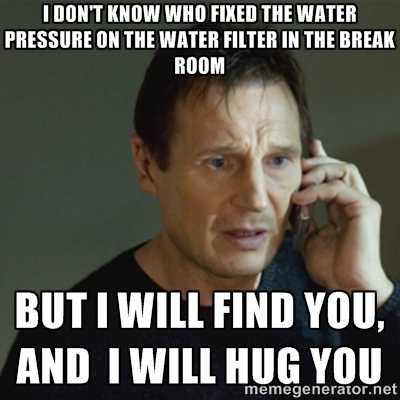 Now this one deserves viral fame. Uploaded in the year 2012 by Florida Oceanographic, the video has received almost a quarter million views. This timelapse shows two aquariums with same level of dirty water in it, but one has oysters while the other doesn’t.

In one-hour time, the oysters did it. They filtered an 8-litre water container in just sixty minutes with their suckers and showed the visible difference between the two aquariums.

Today, many water-filtering devices have gone viral and very popular in the market; some were free, while some could cost you much. However, Ocean Blue Project volunteers, an ecological restoration nonprofit organization, have found a cost-free yet effective way of filtering water naturally with these unusual tools: mushrooms.

The group tested it by means of cleaning Corvallis’ Sequoia Creek, and the Willamette River in the US. The plan was to place mushrooms inside the bags and let it grow for some time. Then later on these will be put in some drainage chute to filter the water that comes through them. The science behind this is the ability of mycelium, one part of fungi, to kill toxins and metabolize bacteria like E. coli. Probably, it could be one of the best natural filtering processes in history. See Gabe Bergado’s post for more details on this new filter tool. 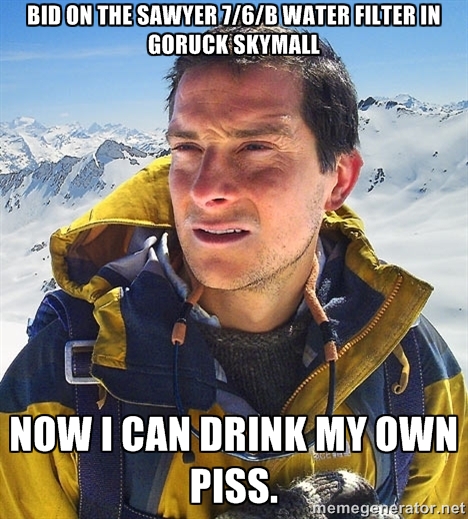 These Australian students from School of Mechanical Engineering at the University of Adelaide in Sydney have used empty chip packets to make a water purifier. The team, Harrison Evans, Anthony Liew, Mark Padovan and Michael Watchman, just created another device for benefit of the world. With only some available resources at home, the students were able to invent a way that uses solar UV (A) radiation to produce oxygen radicals, which in turn kill pathogens in water. The design of the system is very simple that includes a half cylinder of some reflective material, a 1.5-meter glass tube and a piece of metal.

According to Dr. Birzer, the project adviser, “Rather than just have sunlight hitting a tube, we looked at using a reflecting collector to concentrate more sunlight towards the glass tube.” The light that generates radiation in the water flowing in the glass comes from reflected material. “The more UV (A) radiation, the more oxygen radicals produced and the quicker the system works.” Read more details about this article here. 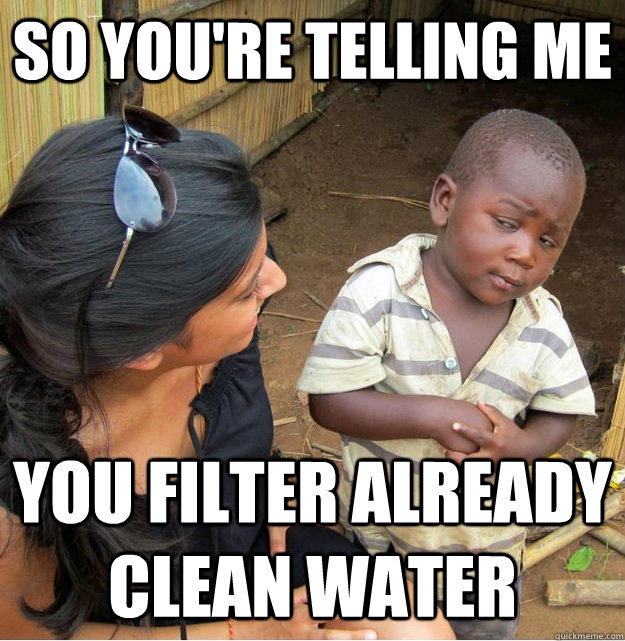 A team of Massachusetts Institute of Technology researchers discovered another natural way of killing microbes in water making it drinkable for the masses. The natural process involves filtering from a type of wood called Sapwood, which has a unique size of pores bigger than 70 nanometers that allows water to pass by while blocking most of the bacteria.

In this article by James Foley, the wood filter is able to clean 4 liters of water each day and advisable for rural communities because of its accessibility and inexpensiveness. Now, the team is focusing on how this wood filter can improve more because there is still a lot of work to be done.

Water News Should Always be Part of Your Feed

You must surely be pleasantly surprised at how many of these articles can help you. If you’re the outdoorsy kind of person, knowing about the Lifestraw and Sapwood tree could surely save your life.

Do you have other water filter news that should be on this list? Send us a link and a comment so we can include it in this list!

Joseph Bartley, also known as the WaterFilterFanatic, is a seasoned content writer who specializes in water filtration and water quality topics. On AllAboutWaterFilters, he has written a range of water filtration system reviews, water health and quality articles, swimming pool, hot tub and aquarium filtration guides, DIY methods to assist people clean their drinking water, and much more. Joseph enjoys spending his time working with the #AllAboutWaterFilters Editorial Team to provide some of the best quality water filtration content available on the web.